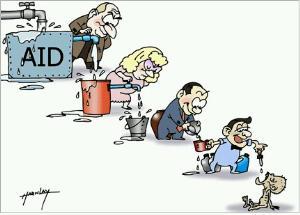 In Easterly’s piece he outlines what he believes has failed in terms of foreign aid. He believes there are two tragedies:

The first tragedy: there are poor and marginalized who are dying everyday from lack of food and proper medicines.

The second tragedy: The West has spent 2.3 trillion dollars in foreign aid and has yet to get $3 medicines, that would have prevent 5 million deaths from malaria, into the hands of mothers.

In other words, the second tragedy is the fact that good-hearted money, and good-hearted people are not dong the right things with extensive resources. Additionally, Easterly asks should the West even be sending people and giving money to the Rest?

Easterly categorizes people and the thought process behind aid:

But if rich people want to help the poor, they must face an unpleasant reality: If it’s so easy to end the poverty trap, why haven’t the Planners already made it history?

The needs of the rich get met because the rich give feedback to political and economic Searchers, and they can hold the Searchers accountable for following through with specific actions. The needs of the poor don’t get met because the poor have little money or political power with which to make their needs known and they cannot hold anyone accountable to meet those needs. They are stuck with Planners. The second tragedy continues.

If there were such simple answers, there would be many more development success stories than there are now.

Summary: Child sponsorship is a proven mechanism for raising large amounts of funding but there is little to no research concerning its impact (p.5)

Sponsorship – Two Sides of the Argument:

Is it Possible to Just Give Money to the Poor – Hanlon

Summary: “We are not giving enough attention to how poor people get themselves out of poverty. We always assume that we must do it for them.”

Hanlon looks at two situations (ex-soldiers and flood victims) in which poor people were just given money. Ultimately he concludes that it is an effective means of development, that the money was used prudently, and that it had a positive effect on their lives with comparatively low overhead. He talks about its efficiency and scalability.

Hanlon also makes an assertion that one of the reasons we do not just give money to the poor is rooted in a belief that we deserve to be rich (we are smarter, harder working or ‘better’ in some way) and we have to help them out of poverty. He also discusses how many people in the north and the elite of the developing world make their livelihoods off working in the system of aid. 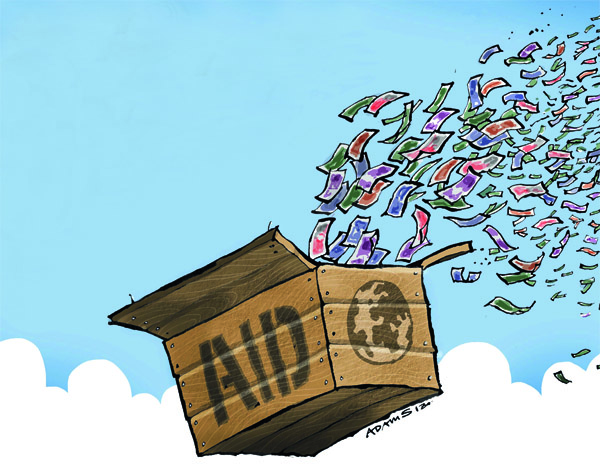 “Aid is the disease of which it pretends to be the cure”: In his forward to Moyo’s book, Ferguson discusses Moyo’s militant dismissal of foreign aid in Africa; this is on the assertion that it does not work, and does more harm than good. More importantly, Ferguson claims, is that Moyo’s opinion is the opinion of an actual intelligent, educated African, rather than many white men bickering about it. Ferguson applauds Moyo’s conviction that Africa must learn from Asia, that the aid taps need to be shut off, and that Africa undergo some development of the “tough love”/”shock therapy” variety.